Earlier last week, it has been widely reported that iOS 9.2 jailbreak is coming soon, according to TaiG jailbreak’s partner 3K Assistant.

However, according to the source report site, Kuaiyong (“Quick Use”), , it had been quietly edited without providing any announcement and reason. And the new message is not bringing any positive mood to the jailbreak community that are hyped by the their previous message. 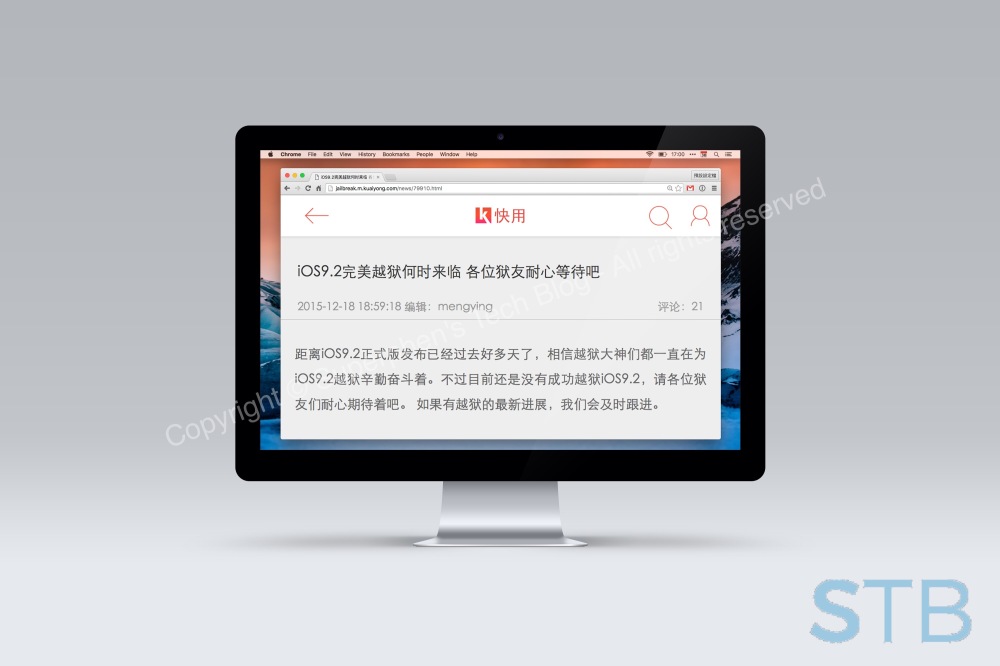 The message in Chinese shown in the first paragraph is as below:

Human English translation of the above:

It has been many days since iOS 9.2 was officially released. It is believed that the jailbreak teams have been working hard on jailbreaking it. However, at this moment, jailbreaking iOS 9.2 has not succeed yet. Fellow jailbreakers please be patient in looking forward to it. If there is any update on the progress, we will follow up instantly.

The revised message did not bring any good news but contradicts with the previous message that the team has made significant progress in jailbreaking iOS 9.2 – the latest stable firmware but not jailbreakable.

The Chinese jailbreak community has been disappointed (or even angered) by such and complaining about pulling the message on various social media platforms, for dishonesty or trying to disregard previous message that appears to be “confirmed” on the jailbreak, especially 3K Assistant’s Weibo (Micro-blogging site) in which they have been posting a number of irrelevant posts.

All in all, it appears that there may be some obstacles in terms of the progress, or maybe they may want to surprise everyone with a sudden release. So what’s your take on the action by 3K Assistant? Let me know in the comments.

This site uses Akismet to reduce spam. Learn how your comment data is processed.